Home » About Us » Press Kit

Need information for your article or story? This section is for you. 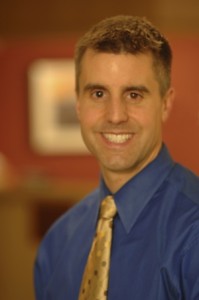 Dr. Stephen Wangen is the co-founder and Medical Director of the IBS Treatment Center. He is a licensed and board certified physician, the award winning author of two books on solving digestive disorders, and a nationally recognized speaker. He has been seen and heard on ABC, NBC, and Fox as well as public radio and television. He was recently named one of Seattle’s Top Doctors by Seattle Magazine.

His passion for being a doctor and solving digestive problems comes from a lifelong obsession with optimizing health. Having suffered from IBS as a young man, Dr. Wangen dedicated his life to solving this complex problem. He now trains other doctors at the IBS Treatment Center in the new specialty of IBS medicine. Since 2005 the IBS Treatment Center, with locations in both Seattle and Los Angeles, has successfully helped thousands of patients from around the country and the world end their digestive problems.

He can be followed on his blog, Facebook, and Twitter, all of which can be found at IBSTreatmentCenter.com.

You can view selected press releases using the links below, or subscribe to our RSS feed using this link:

April 19, 2011  IBS Treatment Center Seeks to Serve all the World

Selected Articles in the Print and Online Media about our Clinics

The IBS Treatment Center serves patients from all over the United States and beyond. Due to this national profile, the work of Dr. Wangen, the IBS Treatment Center and the Center for Food Allergies are sometimes covered in newspaper and online media reports. Some of the publishers grant us permission to use their articles and we provide them here for you.

Dr. Wangen and other representatives of the IBS Treamtent Center and Center for Food Allergies are available for radio and TV interviews. Below you will find a list of some of his interviews. Some are available as podcasts or video downloads.  Dr. Wangen has spoken at innumerable conferences, expositions, meetings, classes, and other public gatherings.  To see where Dr. Wangen will be, check the latest Newsletter.