IBS in Children: Treatment, Cause, Signs and Symptoms

Does IBS ever occur in children?  IBS in children is not an uncommon problem, but it is a relatively uncommon diagnosis. Doctors are reluctant to diagnose IBS in children even when they have the symptoms of IBS. This may be due to the historically erroneous belief that IBS is an adult problem and is all in the mind (and that only adults could generate enough stress and anxiety to put themselves into such a state). But as children get into their teen years it becomes more likely that they’ll get a diagnosis of IBS, even if they have the same symptoms that they had when they were much younger.

Symptoms of IBS in Children

Children may be reluctant to talk about bowel movements because parents rarely talk about them. But everyone poops (according to a famous children’s book), and even more importantly, bowel movements are a direct reflection of how well your child is digesting food and absorbing nutrients. Or more specifically, they are a direct reflection of your child’s health.

A child’s life exposure to bowel movements has primarily been to parents changing diapers (how many times when changing a diaper did you say, “What a healthy poop. Yea!”) and potty training. And how excited and detailed were you about those events? We want it out of sight and out of mind. Not exactly the kind of behavior that is going to elicit detailed information about the quality of your child’s bowel movement. 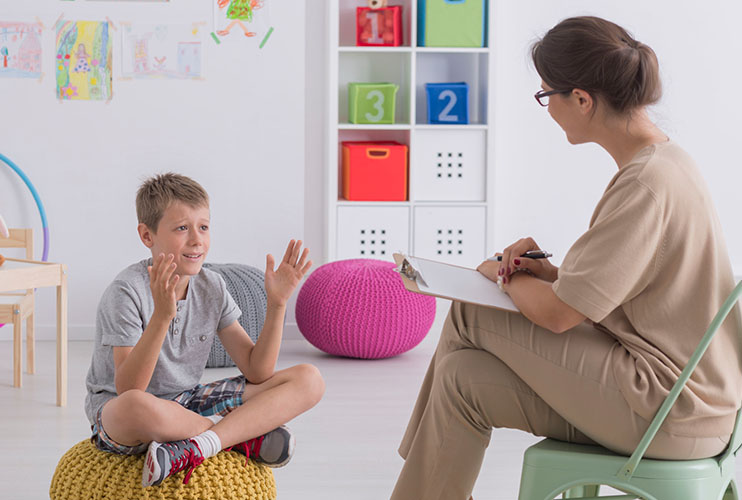 Children are likely to describe their symptoms differently than adults with IBS, and adults are even more likely to diagnose the problem as something other than IBS, even when the presentation is the same. Either way, it’s IBS. IBS in children, as in adults, can involve abdominal pain, constipation, diarrhea, gas, or bloating.

However, when children have abdominal pain, it’s usually called a tummy ache. And children rarely complain about bloating even when it’s plainly visible. Children don’t have the same frame of reference, and often don’t know what is normal, so they just live with it.

Children with diarrhea often just run to the bathroom. If they make it, then everything is a-ok and you probably don’t hear about it. If they don’t, only then do you hear about it, or maybe you only discover it in their clothes. This is IBS-D (for diarrhea).

If they alternate between constipation and diarrhea, this is mixed IBS or IBS-M.

It’s important to be aware that IBS is the most common cause of tummy aches and abdominal pain in children.

Can Babies Have IBS?

IBS in infants is also surprisingly common, but again it’s often not properly diagnosed as IBS. Infants can only express discomfort by crying, and IBS will present as crying and irritability with explosive diarrhea, bloating or burping. None of these is a sign of healthy digestion.

Are You Born with IBS?

You aren’t born with IBS. IBS is triggered. There are literally hundreds of ways in which it can be triggered, and most involve changes in the microbiome and/or food intolerances. These can be experienced very early in life, or very late. But they can be experienced in infants and children.

You can begin experiencing symptoms of IBS at any age. But often you’ve had IBS symptoms much longer than you remember because you didn’t think of it as IBS until it got so bad that you could no longer tolerate it or adjust your life around it.

Does IBS Cause Fever?

Food-induced digestive problems can cause a fever in infants. This is probably more common than is recognized because very little research has been done in this area. However, if your child has digestive problems and chronic fevers, they may be related.

Treatment for IBS in Children

Our experience treating children with IBS has taught us that it’s very similar to treating IBS in adults, except in one area. With infants who are breastfeeding, you must consider what the mother is eating.  What mom eats is passed through the breast milk to her infant. And if the infant has a food reaction, it will impact what the mother is able to eat. You can learn much more about treating IBS at IBSTreatmentCenter.com.

Best Diet for Children with IBS 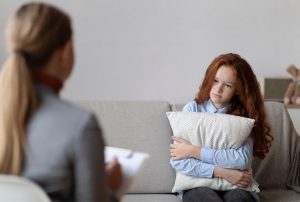 One of the things that we’ve learned about successfully treating IBS is that there is no one diet for everyone with IBS. If there was, then this would be really easy. Of course, it isn’t that simple. So we have to spend a significant amount of time sorting out what is the best diet for each child.

Is it gluten-free?  Is it dairy free?  Is it egg free? Is it two of those?  All three of those? Those are just a few examples of dozens, and really hundreds, of different highly customized diets that our patients have followed to solve their IBS.  Every IBS patient is different, and every IBS child is different.

And it may not require any dietary changes at all.  There are so many different reasons for IBS in children.  Many of them are microbial. So don’t assume that it’s always food that is the cause of the problem, because it may be something altogether different.

How is IBS affecting your child’s quality of life?

« IBS and Your Period – Things to Know
All About IBS Flare Ups: Prevention and Treatment »