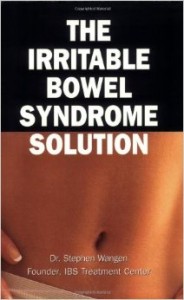 At least 20 million Americans have been diagnosed with IBS. The drug companies are beginning to tap into this hefty target market by offering medicines aimed at relieving the symptoms of IBS. These drugs alter the physiology and ultimately the action of the digestive tract, but they do not address the underlying causes of IBS, or even claim to cure IBS. These drugs also come with an alarming variety of warnings and side effects.

Six types of drugs are used to treat the different symptoms of IBS. They include the following:

1. IBS-specific drugs to control the speed with which the bowels move (Zelnorm, Lotronex, and Calmactin),
2. Laxatives to treat constipation (such as Milk of Magnesia, Ex-Lax, Perdiem, and MiraLax),
3. Antidiarrheal agents to treat diarrhea (such as Imodium and Lomotil),
4. Antispasmodics to relive the pain from abdominal cramps (such as Donnatal, Levsin, Levbid, NuLev, Bentyl, and Pro-Banthine),
5. Antidepressants to relieve pain (such as Prozac, Celexa, Zoloft, Paxil, and Elavil), and
6. Narcotic analgesics to relieve pain (such as Vicodin, Demerol, and Xanax).

Note that these drugs are categorized by the type of symptom that they treat. None of them cure IBS. These drugs change how you experience IBS by forcing changes in the biochemistry of your body. None is capable of curing IBS, because IBS is not caused by a drug deficiency. Treatment with these drugs does not address the cause of your IBS, and once you stop using the drugs the symptoms will return. The use of these drugs often results in serious side effects and/or negative long-term consequences. More information about these medications can be found in the book, The Irritable Bowel Syndrome Solution.